There has been a lot of debate about the best strike partnership in the current Liverpool team and the battle for a permanent starting role in the team’s attacking department is still on, especially between Portuguese international star Diogo Jota and Brazilian forward Roberto Firmino. The two strikers have both been in and out of the starting team and have caused manager Jurgen Klopp a significant selection headache regarding who should be getting the mod to start more games for the club. Sadio Mane and Mohamed Salah are already guaranteed starters unless they’re injured but while they both play on the right and left flanks, the battle is for the striker’s spot. 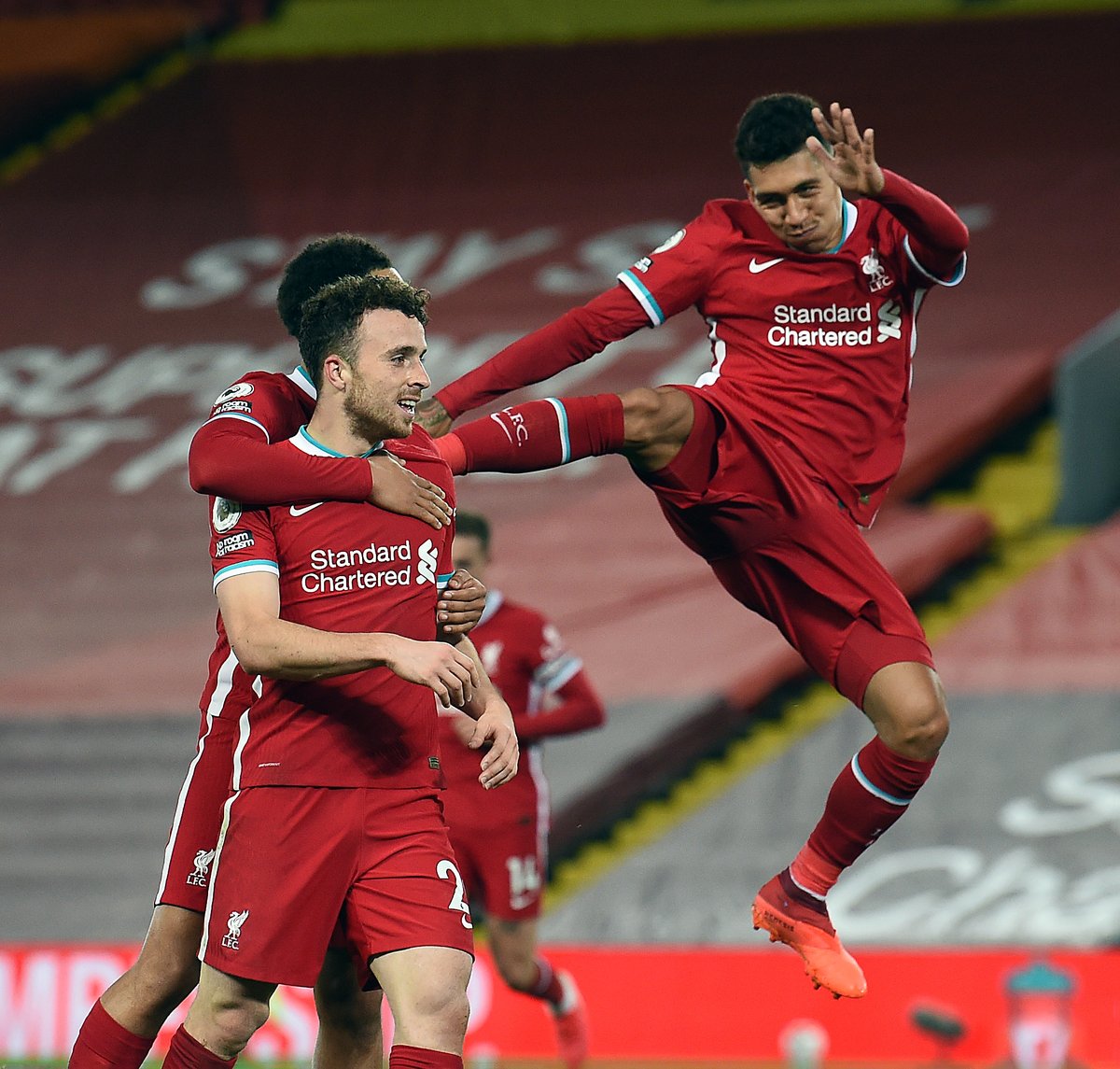 Firmino has been a mainstay in the Liverpool team for some time now since he was signed from German Bundesliga side Hoffenheim some years ago but it looks like he is slowly losing his starting berth to the improved Jota. Jota was signed from fellow Premier League club Wolverhampton Wanderers by Liverpool just a few months ago but he has already been showing strings of wonderful performances that have made fans to start thinking that he is more deserving of a starting role ahead of Firmino.

With two goals in his opening two Premier League games of the season so far, he has continued to make a huge statement about being the club’s guaranteed starter under Klopp. There was a poll made recently on Twitter that asked fans to vote for who they prefer as their starting striker in the team and according to the votes, Jota was the more preferred option.

It will be hard for Klopp to immediately displace Firmino with Jota by the way, because he holds the Brazilian forward close to heart and believes that he’s still a very important player.